Marking the return of MBBA’s maiden competition after a 7-year hiatus since 2015, the event’s launch brought a much-welcomed change in atmosphere at the locally renowned wave-break ‘Raalhugandu’.

With 39 athletes competing in the ‘Mens Open’ category alongside a few of the 13 bodyboarders from the ‘Junior Mens’, the event also sees four fierce women participating in the country’s historical ‘Womens Open’ bodyboarding category.

Although choppy conditions presented themselves from time to time, competitors were generally greeted to clean conditions, with set waves rolling in at solid at two-foot range, paired with gentle offshore winds.

The event commenced with an extremely competitive first round of the ‘Mens Open’, followed by the Junior Mens and the Womens Open, before finally concluding the day one with three ‘Repo Heats’ from Round 2 of the Mens Open. 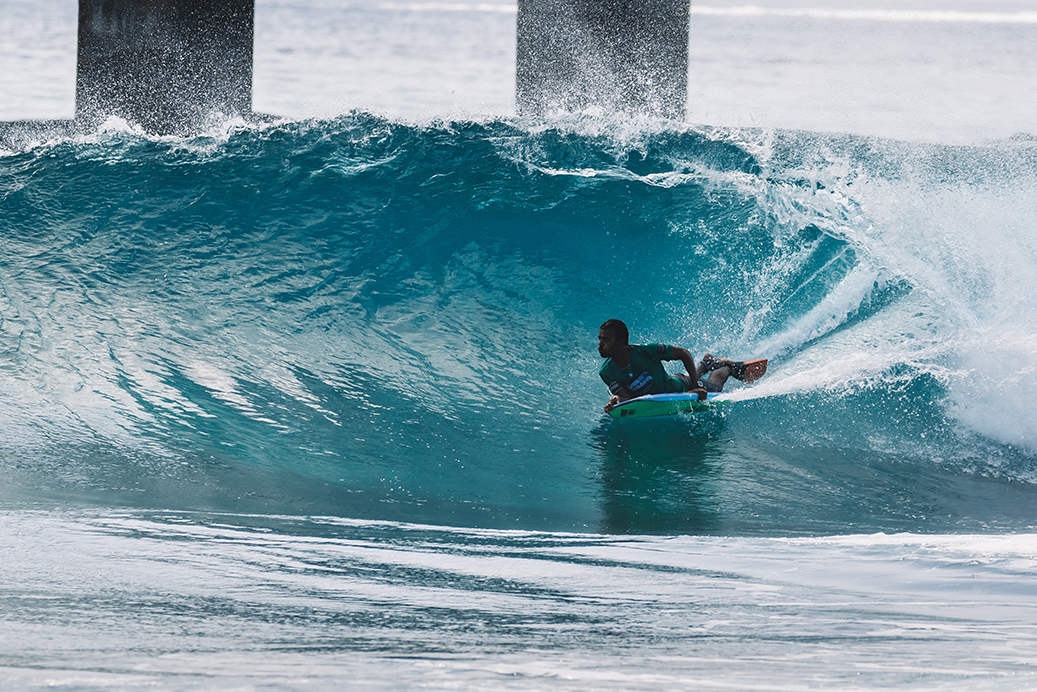 Buzzing with stoke and adrenaline, some of the athletes brought their ‘wow-factor’, stunning judges and spectators alike with a display of diverse and innovative maneuvers. Special mentions include Ali Khushruwan Ahmed (Kuda Ayya), for successfully securing the champion trophy during the past three Burunu Shikaaru challenges, and bagged the highest single wave score of the day with 6.73 points, followed by Mohamed Reeshan in close second with his score of 6.13 points on a single wave. 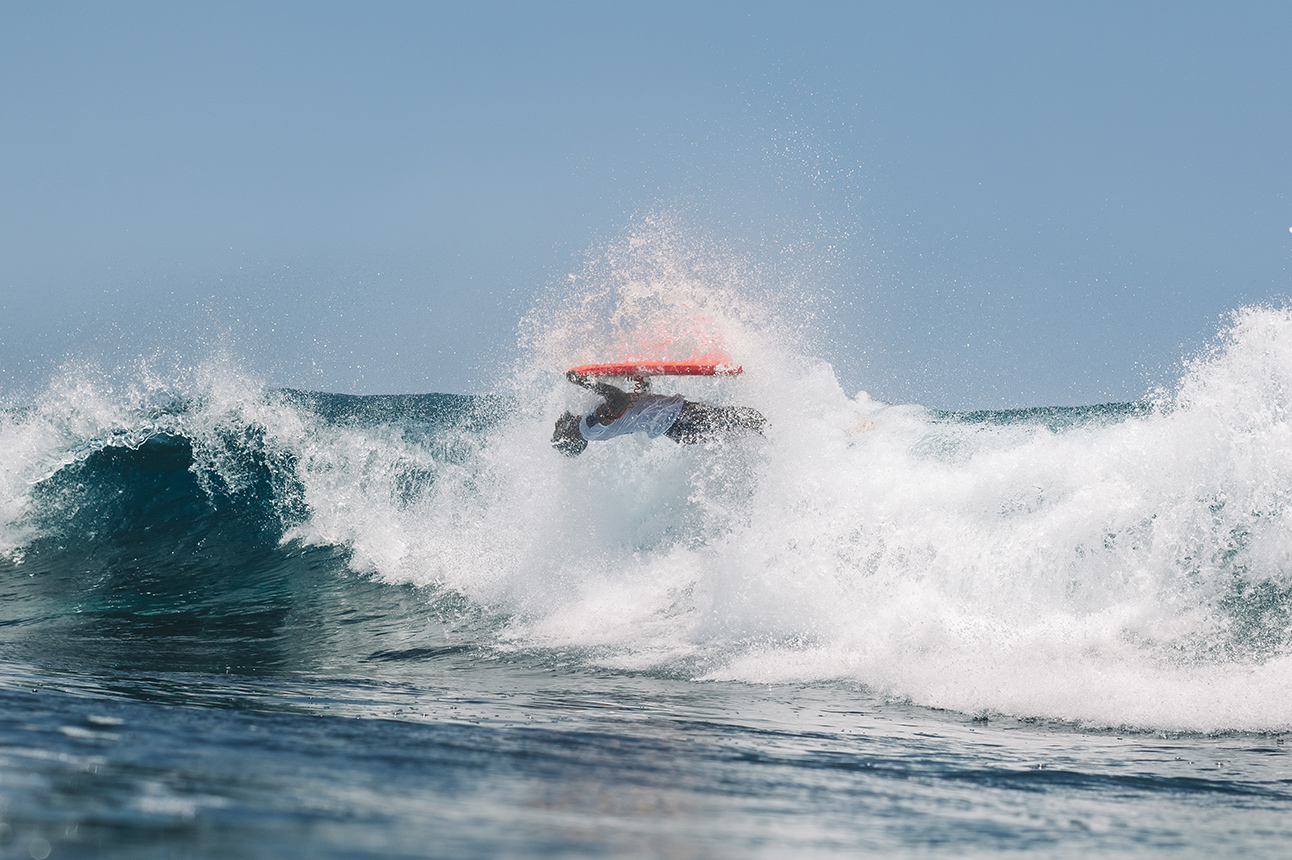 With the implementation of a digital scoring system alongside livestreaming & broadcasting capabilities, MBBA hopes the events will become more and more streamlined and accessible for all, fueling future generations of athletes to further engage with the sport.

As a large majority of bodyboarders in the island nation reside in capital Male’ city, Raalhugandu, in particular, is known to be 'the' proving grounds for Maldivian surf community, and is responsible for the training and development of several local international gold-medalists and top-ranking athletes. 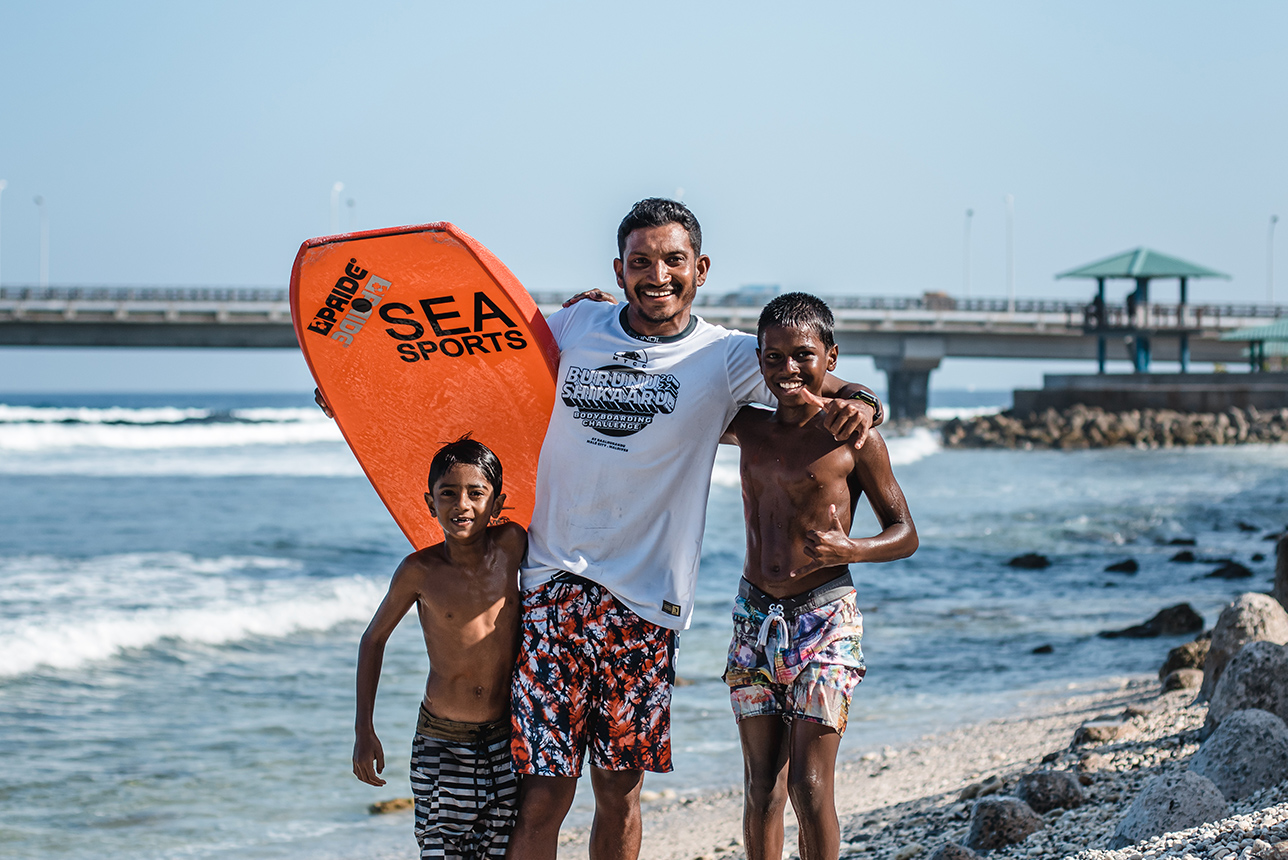 As finals day came and with the swell receding throughout the competition, for athletes young and experienced, the pressure was mounting! Especially for veteran bodyboarder Kuda Ayya. Having secured a top place finish at every iteration of the historical ‘Burunu Shikaaru’ since 2013, the veteran athlete’s
fourth consecutive win, roughly a decade after winning the first event, marked a sign of dominance amongst a pack of equally talented and high-performing bodyboarders.

Although the contested final pitted Kuda Ayya against good friend and long standing (competitive) rival, Ali Javed (Jaatte), Kuda Ayya managed to close the heat with an impressive 9.17-point ride, achieving a 4.80-point lead over Jaatte, who himself secured 10.20 points in the final. 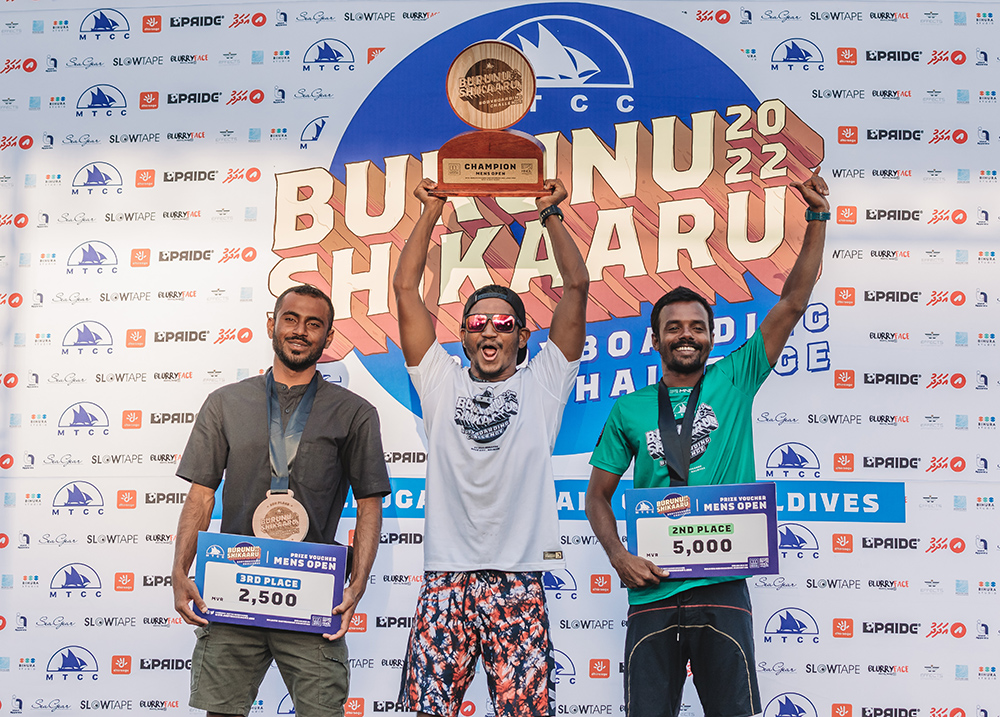 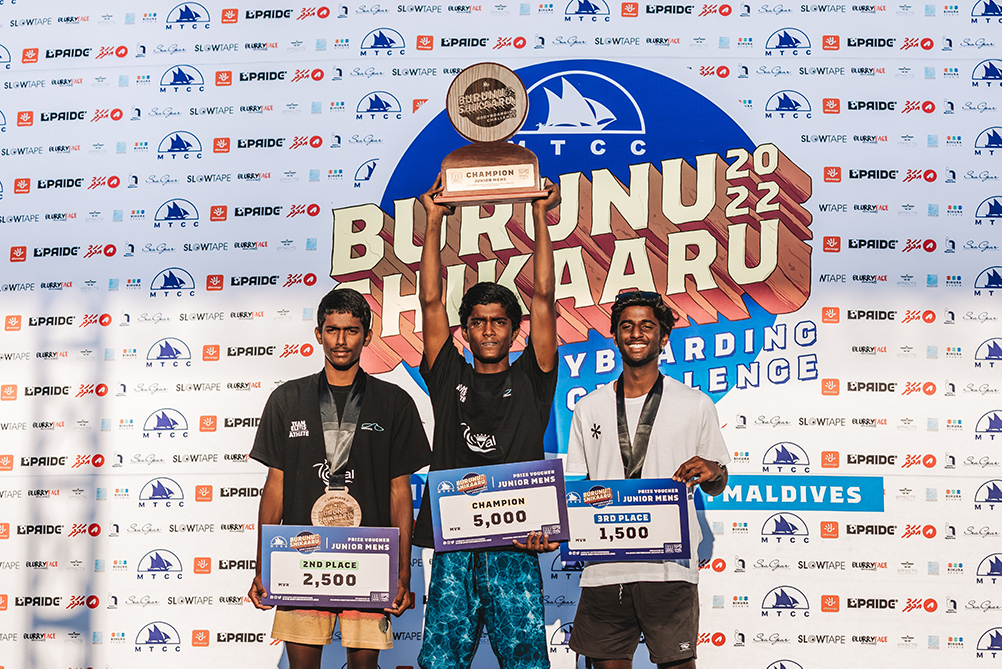 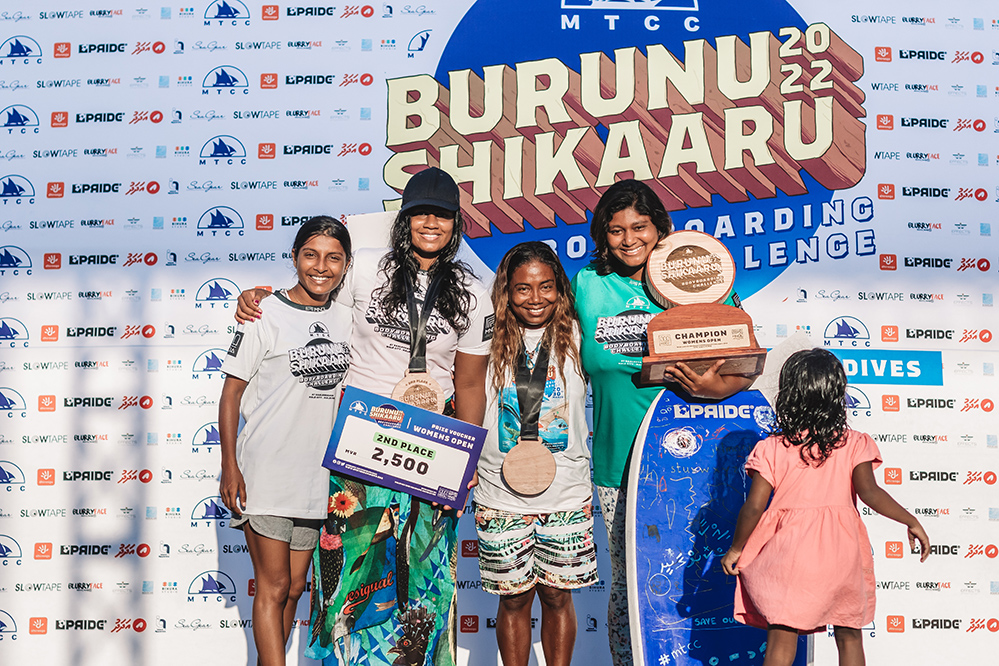 With the introduction of the first-ever ‘Women's Open’ category within bodyboarding in the Maldives, we believe this decision, with the support of our community, will set a cornerstone of development, propelling local bodyboarding and women-in-sports to new heights. 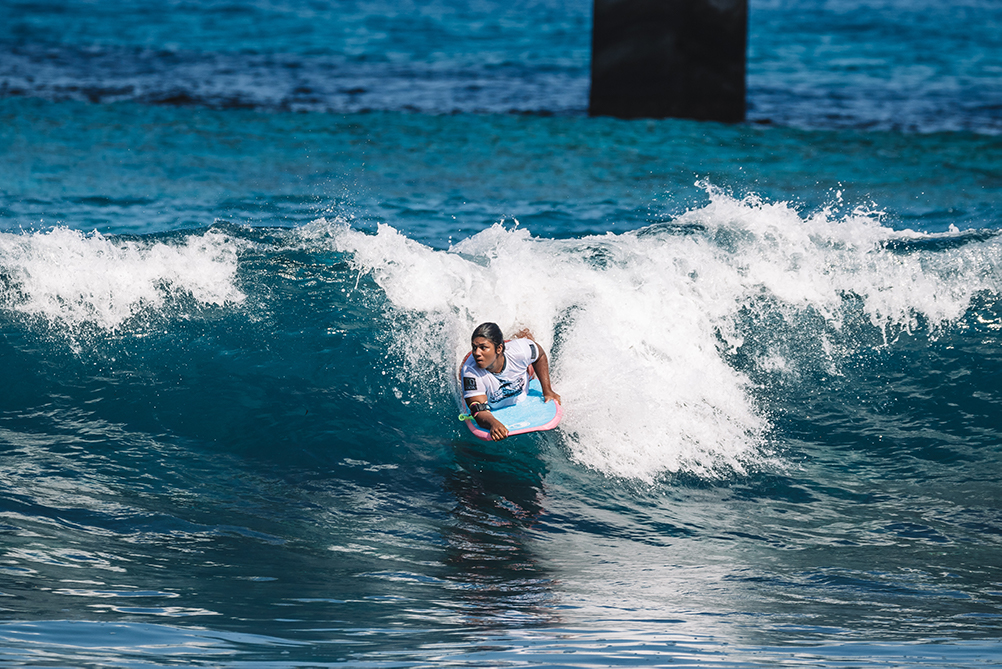 With the national rankings to be decided at the next leg of the league, contestants are expected to amp-up the heat, as the top seeds try to improve upon their standings during the crucial two-star ‘Labera Bodyboarding Challenge’, to be held in late May.

Minister of Youth, Sports and Community Empowerment, Ahmed Mahloof, attended the closing ceremony as the guest of honor.

Connect and find out more on through @MBBAmv