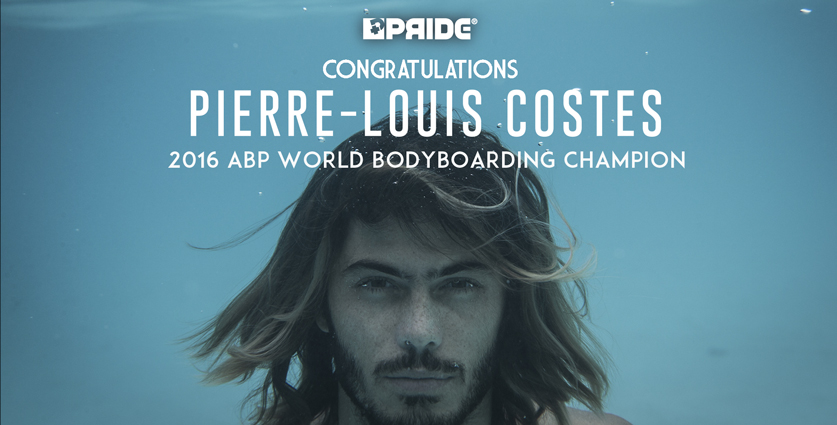 After his first world title 5 years ago, Pierre-Louis Costes, has finally earned his second world title, capping off an incredible year and bringing back this ultimate prize in France.

PLC’s historic year started off with him winning the APB Pipeline pro in good conditions, putting his name alongside some of the most legendary bodyboarders in history. After a second place at the Itacoatiara pro and his victory at the Nazare pro later in october saw him take the second position in the general ranking before the last competition in Fronton.

He finally found the final in Fronton with an impressive, crowd-pleasing performance that resembled a freesurf edit more than a competitive heat delivered PLC the sport’s ultimate prize.